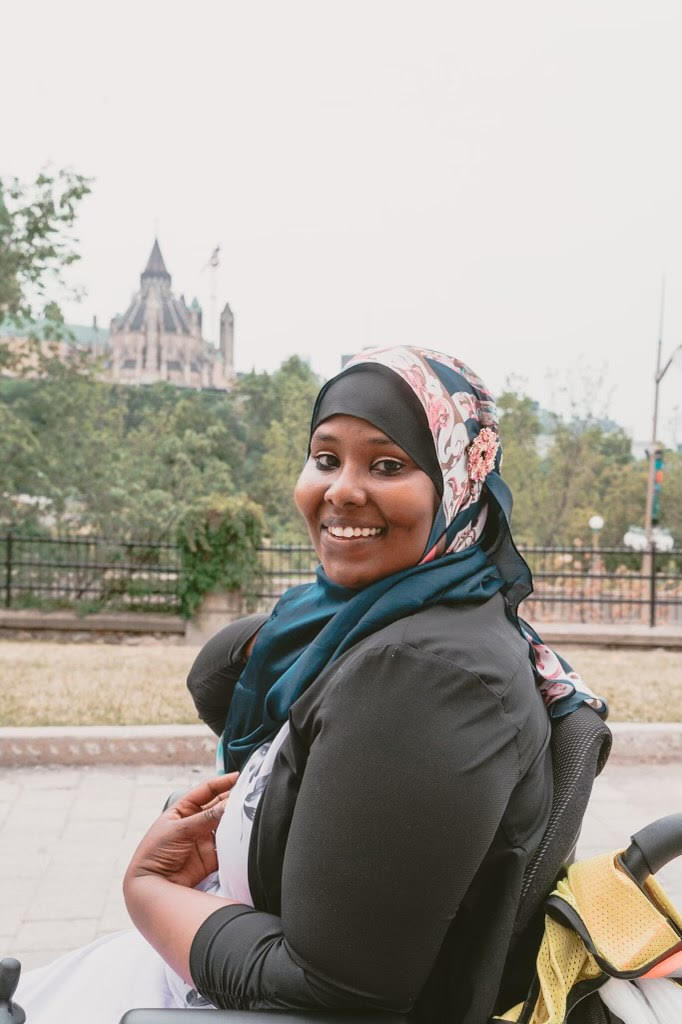 Fatouma graduated from the University of Ottawa with a degree in Public Administration in Political Science. She is a proud Franco-djiboutienne who grew up in Ottawa east!

She has extensive experience working with people with disabilities, including her work at the University of Ottawa’s Student Academic Success Service (SASS), where she mentored students with disabilities – including but not limited to teaching students different learning methods to help them succeed in their studies and in future projects.

In addition, Fatouma has had some political experience with various parties at all levels of government. She was the lead volunteer coordinator for the Black and Francophone community in 2018-2019 and co-chaired the Ottawa Women’s March in 2019-2020, on one of the coldest days of the year, where she helped to organized close to 1500 people who walked from Parliament to the Aberdeen Pavilion. During this event, she secured 20 community organizations to host tables and present their services and programs to participants and was part of a team that helped to raise $5,000 for the event. Since then, she has worked in the Liberal office and as an executive at City Hall in the office of Councillor Rawlson King. Currently, Fatouma works at ABLE2 as a communications coordinator.

Special Thanks to TD Bank for its support of these presentations.
Facebook Twitter Google-plus WordPress
All photos by Alan Dean Photography, photolafontaine and Stephen Willcock with permission.

Thank you to the Government of Canada’s Celebration and Commemoration Program for financially supporting the presentation of the War of 1812 and our tribute to The First World War.
© Copyright 2021-Odyssey Showcase
Donate Now